In collaboration with Wesgro, SA Tourism (SAT) and the GR&KK offices, Plett Tourism Association, Ocean Blue Adventures and Jukani Wildlife Sanctuary hosted 11 of the top travel agents from the United Kingdom on the 15th of June, 2018.

Their local experience included a guided marine safari with Ocean Blue Adventures. The day was slightly overcast and coolish weather – the perfect opportunity to witness our winter visitors in full action. This was followed by a visit with Lara Mostert at Jukani Wildlife Sanctuary for a tour of the facility and a visit with some of the special species who call Jukani home.

Plettenberg Bay is part of the migratory whale route for several species during the months of May through to October.

Southern right whales leave their Antarctic feeding ground to frolic in the warm waters of the Cape coast. Here they mate, calve and generally hang out, occasionally flopping a tail up, or sticking their heads out of the water to check out the humans. They are so easy to watch.

Humpback whales arrive with their calves and give birth in the protective waters of the bay. They can often be seen feeding directly behind the waves and are often spotted around Robberg Nature Reserve.

Bryde’s whales are permanent residents of the bay and are often seen in social groups, and the predator orca whale also makes a few guests appearances.

Other marine life to be experienced this time of year include pods of bottle nose and the shy indo-pacific humpback dolphins. A breeding colony of cape fur seals along the Robberg Nature Reserve keep our visiting hammer head and great white sharks entertained. And don’t forget the penguins that regularly visit our bay – there are even a few that have made Plett their home.

Plett Tourism Association, Ocean Blue Adventures and Jukani host 11 tour agents from the UK. Picture with them are Guide David February from Centurion Tours and Lara Mostert from Jukani Wildlife Sanctuary on left. 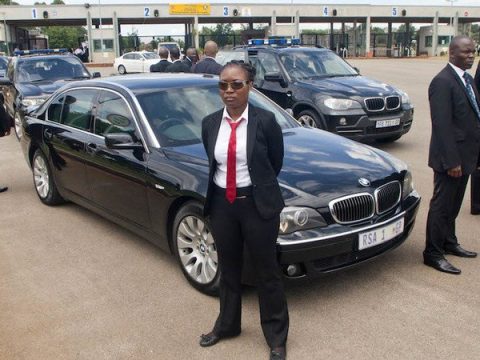