Skip to content
You are here:Home-Featured, News, PBRPA news and reviews, Uncategorised-Section 26 of chapter two of the constitution

Section 26 of chapter two of the constitution

Knysna Municipality agrees wholeheartedly with Section 26 of Chapter Two of the Constitution which states: “Everyone has the right to have access to adequate housing”. At the same time, however, it is deeply concerned about recent violent public protests around housing. 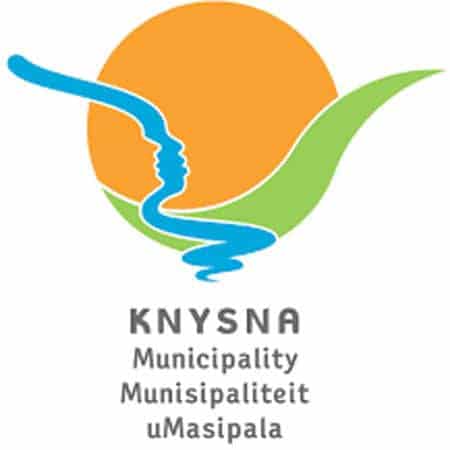 Knysna Executive Mayor, Mark Willemse said “We acknowledge that people are free to exercise their constitutional rights by voicing their concerns, but we caution residents against injuring others and vandalising infrastructure. We ask residents who have grievances to continue to engage with the Municipality through formal channels.

“The Knysna Municipality wishes to state that it is completely opposed to any illegal land invasions. We take this stance because the Municipality needs to ensure that the interests of all awaiting beneficiaries as well as of the community at large are balanced. We urge the community to refrain from any unlawful activity and appeal to them to cooperate with the Municipality on this. We have no option but to enforce and uphold the law and are therefore compelled to remove any illegal structures on invaded land.

“We have continuous ongoing discussions and engagements (through ward and IDP meetings) with the communities of Knysna regarding the human settlements strategies, plans, and implementation of approved pipeline projects. Our Human Settlements Department has made applications to the Provincial Human Settlements Department based on the agreed plans and informed the communities through public meetings of all the related processes, including relocation and the procurement process for the appointment of contractors and local labourers.”

The Executive Mayor indicated that, on the morning of Wednesday 20 June the team met with the Community Liaison Officer (CLO) for Ward 3, to clarify issues, and the discussions ended on a positive note. “This CLO was elected by the community at a public meeting. All stakeholders were happy with the direction that housing is taking in this ward.”

The Mayor stated that some of the recent protests that saw closure of the N2 were not related to service delivery, but rather took the form of criminal activity. “On the night of Wednesday 20 June I was shocked to learn of protests on the N2 at Nekkies as we had enjoyed fruitful engagements earlier that day. This protest involved looting of trucks, throwing of stones, and burning tyres and trucks and was a purely criminal act, which we strongly condemn. Such activities have dire consequences for the image and infrastructure of Knysna, at a time when we are striving to build a better future for all.

“It must be noted that in order to protect the assets and infrastructure of our town we are taking a ‘zero tolerance’ approach to illegal activities like these. Any public disorder will be dealt with collectively with other government law representatives such as the South African Police Services (SAPS) and Public Order Police (POP). Any situations of public disorder will be defused immediately. We cannot afford the economic decline that threatens our town due to such illegal behaviour.”

Various integrated human settlements projects are forecast for Knysna in the Knysna Municipal Vision 2002, which aims to upgrade and provide the necessary civil infrastructure for provision of low-income houses. The purpose of this vision is to upgrade 10 existing informal settlements in Knysna’s northern areas. Currently multi-year projects are being undertaken in Qolweni, Happy Valley, Ethembeni, Flenters, Hlalani, Bloemfontein, Concordia, Dam se Bos, Nekkies, and Oupad.

The concerns raised by the communities of Rheenendal and Sedgefield were addressed by Western Cape Human Settlements MEC Bonginkosi Madikizela, who kept the promise he made to the community on 27 May to provide feedback within two weeks, returning on 16 June to provide an update on the accelerated access to basic services for Rheenendal, Sedgefield, and Karatara.

The MEC stressed that land invasion cannot be condoned and outlined that while residents are on the site they will receive some basic services as a temporary humane measure in the immediate future, while the planning, verification and application process for permanent housing continues. He also emphasised that the community must ensure that no more illegal structures are erected.

Added Mayor Willemse: “In Sedgefield five sites have been identified for integrated human settlements projects, and we plead with residents not to build on the sand dunes as this is unstable and unsafe.

“Prior to the land invasion in Sedgefield the Municipality was proactive and appointed an environmental professional to conduct a study on rehabilitation of the dune. However, recent activities will have an impact on the results of the study. The area at this stage cannot be classified as safe and stable – and in the interest of safety we urge residents not to build there. We have the Red Ants monitoring the area as a precautionary measure to ensure that no structures are erected on the dune in order to protect human life.” Housing applicants are reminded that allocations are made in terms of the prescribed measures in the selection criteria of the housing subsidy system. To learn more about the system please visit the Western Cape Human Settlements website at https://www.westerncape.gov.za/service/all-you-need-know-about-housing-subsidies