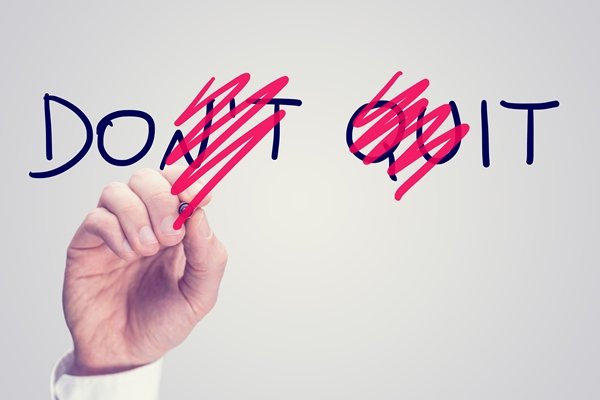 KNYSNA NEWS – “I really don’t understand where the DA is going with all of this,” says Mark Willemse somewhat bemused from behind his desk at the Knysna’s mayoral office. Dressed down casually in an open-collar shirt and dark jumper, he fingers a charge sheet posted by the DA calling him to a disciplinary hearing in Cape Town on 7 July in order to investigate allegations of misconduct.

According to the document, he has contravened the DA’s federal constitution by sitting tight in a position that was not afforded him through official party procedures. This past Monday (2 July) he defeated a motion to dismiss him by the council’s DA caucus members who must now wait another three months before they can attempt passing another motion of no confidence against him.

It seems to be a glaring irony that Willemse, a staunch DA supporter ever since he could first spell the word politics, has been hounded by his own party to step down as Knysna’s First Citizen.

In steps Willemse
And what, Willemse pleads, of his duties as mayor to adhere to the Municipal Structures Act? Local government legislation demands that the caucus elect a mayor immediately after one is deposed. When the main body of DA members in the council caucus left chambers as the vote of no confidence against the former mayor Eleonore Bouw-Spies was being passed, it left the door wide open for the opposition to choose a successor and Willemse was the replacement of choice. (And will probably remain so as long as the ANC and independents vote against motions of no confidence against Willemse.)

Yet the twist of fate that thrust him into the mayoral seat is one he intends to take seriously despite his party’s attempts to remove him. “Now that I’m here I am compelled to conduct myself according to the guidelines of the Municipal Structures Act and I will continue to do so,” he relates with unaffected determination, though he never particularly vied or even wished for his present station in life.

‘I wasn’t looking for it’
“I never went out actively looking for this position,” he says leaning forward in his chair – a necessary prop in an otherwise surprisingly spartan setting. “I held a relatively comfortable position as Speaker of Eden District (a post he has since resigned from). It wasn’t for the money either – the salary is basically the same. Ï voted against (the former mayor) with my conscience.” (Willemse and former deputy mayor Peter Myers were the only two DA members that remained behind to cast their vote against Bouw-Spies, a move described by provincial DA head Bongi Madikizela as a “coup” at the time.)

It had been a long time coming. Ever since he migrated from Cape Town to Knysna some 14 years ago (initially to assist a friend with a business venture), he had been watching local political developments keenly. “The build-up of poor leadership became a major concern, the direction it seemed to be taking,” he explains, adding that his concern amplified when he was elected as Ward 9 councillor some years ago.

No pointing fingers
The problems began around 2012 with alleged illegal tenders awarded by the then municipal manager Grant Easton, Willemse explains before rattling off a recent history of alleged indiscretions left in Easton’s wake: the ISDF tender; illegal appointment of officials; the Knysna Tourism debacles… Although he won’t be drawn into pointing fingers or directly implicating individuals, he vows to root out residues of any such alleged shenanigans “cleanly and clinically”.

In contrast to the former mayor known to be charming and outspoken, even gregarious, Willemse seems more the backseat guy prone to over-ponderance. If the class clown lurks there, it is adequately suppressed to make way for the deputy head boy going quietly about his business with a decisive sense of duty.

“It’s against my nature to rebel,” he notes wryly in reference to occupying the town’s top seat against the will of his party. “Ask my wife. I’m more a listener than a talker.”

Doing it for the people
And doer, by all accounts. He personally arrived to face the protesting crowds at Smutsville recently and has already introduced an anti-corruption hotline to rid Knysna of the dense “cloud of corruption” that’s been hanging over it “once and for all.” He wants to change the corroded morale of the municipality so people can work without fear of losing their jobs once more (something that occurs when you don’t toe the line in a tainted system according to Willemse).

He admits that he has also been encouraged to stay put by the unanticipated support from the people “throughout Greater Knysna” and he feels obligated to them. It wouldn’t be the first time.

Born from humble beginnings in Maitland, Cape Town, Willemse cut his teeth in the automotive industry after school in Pinelands and a diploma in business management from Wits University and remained a corporate entrepreneur on and off until his arrival in Knysna in 2005. But his philanthropist streak surfaced with the economic downturn that soon followed and Willemse launched himself wholeheartedly into community work such as feeding schemes and particularly sports development.

All-South African family man
A self-confessed sports fanatic, Willemse is a keen squash and golf player as well as a qualified rugby ref and coach. He fails spectacularly to suppress a swelling pride when imparting that his first-born Michael is the captain of the Southern Kings rugby team. Overall he seems like a fine projection of the unpretentious, wholesome all-South African family man who met and married his fresh-out-of-school sweetheart Daleen (then a law student at Stellenbosch), had two more kids (Emma and Kelsey) and set about eking out a living in a only sometime sunny SA.

Throughout our discourse, Willemse manages to stop well short of cliched PR-speak and deftly sidesteps or counters old chestnuts such as “overdevelopment” (mid-income housing and nodes that facilitate a more integrated society is paramount); a proper public transport system (might create more congestion); or the phantom bypass that would free Knysna from the lumbering behemoths down-gearing on the main road (the word “Sanral” followed by a hopeful sigh).

And when I ask him if he might not yet be worn down by the wolves yapping at his heels, he surprisingly lights up: “In my mind I have a job to do and I’m here to stay. I get paid by ratepayers to do a job, and I will.”

Which all could be sounding a bit too much like political posturing until he adds, “As long as I’m here to do it, of course,” followed by an uncustomary belly laugh. Which indicates there might be another, more unorthodox aspect, to Mark Willemse that might just surprise us all. Only time will tell.

‘We bring you the latest Knysna, Garden Route news’