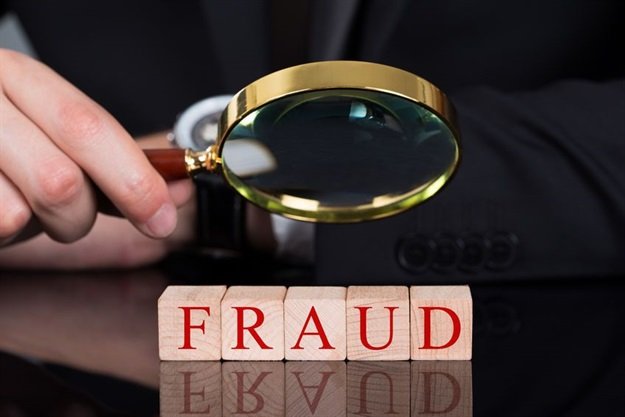 Events leading up to and subsequent to the Bitou Municipality Prepaid Meter crisis, weekend 1 July – 2018.

There are currently an approximate 8000 prepaid electric meters in houses throughout the town, mainly in the informal settlement of Kwanokathula, New Horisons, Bossies Gif, Qolweni, and Kurland.. These meters are located in the houses together with the key pad coupled to the meter, and the power supply is fed from a common wooden pole servicing up to ten houses, and sometimes more.

The Electrical Department has plans for changing and upgrading all these prepaid meters over the next two or so financial years (before embarking on changing all normal electric meters in town), for which R3.1 million has been budgeted for this orderly upgrading during this financial year. The intention is to place the actual meters on the abovementioned common pole where they will be tamper-proof but leaving the key pad for loading money into the meter, in the respective houses. The upgraded system will also standardize all meters to be the Conlog wireless split meter.

The current situation with the existing prepaid meters is that there are several (at least five) different meter types in use, but the current (up until 30 June 2018) vendor, namely Syntell, could satisfactorily vend to our current system and service ALL the diverse meter types.

The vending function for prepaid electricity meters is virtually entirely the responsibility of the Finance Department for all Municipalities. The Electrical Department’s responsibility is for the installation and maintenance of these prepaid meters.

A new tender was advertised early in 2018 for “Supply, Installation and Management of a Prepayment Electricity Vending System” for which there were 4 or 5 tenderers, of which Syntell was one, and Utility World was another. This tender was handled and adjudicated by the Bitou Finance Department (Manager Income) and not the Electrical Dept., who had no sight of or input into this tender.

The tender document clearly states that the tenderer must comply with the tender specifications and all the provisions contained in the tender document. (See page 6 paragraphs 4, 11 and 12 – Non-Responsive Tenderers – of the tender document). Crucial to the conditions is the fact that the tenderer’s vending system must be able to service all the current diverse prepaid meters (see paragraph 4.10.2.3 – Vending Operation – as well as paragraphs 4.10.12.2 and 4.10.12.5 – System Software). {See Addendum on page 3 of this report for the clause wording} In simple terms, the tenderer is to ensure that his vending system can read/service the current diverse types of meters (which will all eventually, over a number of years, be standardized to one type of meter, namely Conlog).

Tenderer Utility World was awarded the new tender effective 1 July 2018, and Syntell’s contract expired on 30 June 2018 meaning their vending system ceased to operate on this date.

It was over the above weekend (July 1st) that a large number of residents purchased meter tokens to load power units into their meters, only to find that the keypad/meter would not accept the tokens and a considerable number of these were without any power for a period of time. It was as a result of the above non-functioning and non-compliance of Utility World’s vending system that the Bitou Mayor received many irate phones calls over the weekend demanding an explanation of the crisis.

On Monday 2 July 2018, the Mayor called a meeting of various officials from Finance Income (including Heads of Departments) of the Engineering Services as well as the Manager Electrical and Mechanical Engineering to demand an explanation for the problem. At this meeting it transpired that, a) Utility World’s vending system was not capable of vending to approximately 960 current prepaid meters (subsequent information is that this number is now 755 meters), b) Utility World had not, in terms of the tender specifications, ensured that his vending system was capable of servicing all the current diverse meters, and c) instructions were issued for the Electrical Engineer to rectify the situation immediately by changing the defective meters to the new Conlog meters.

In order to effect paragraph c) above, the Electrical Engineer had to use the R 3.1 million amount originally budgeted for the orderly replacement of the prepaid meters, as an emergency amount to commence with the replacement of the 960 (755) meters. To this amount it was indicated that a further R 3 million from the Finance Dept. would be added to the R 3.1mill, which was not part of the meter replacement budget (i.e. R 6.1m to be used to rectify the unnecessary crisis).

It needs, at this stage, to be pointed out that the 960 (755) meters mentioned above, are not all in one location nor grouped all together on various poles, but are spread over all the prepaid meter supply areas, all of which have some meters which can be “read” and some which cannot be “read” by Utility World’s system. In other words, once the “960 (755) crisis” meters have been replaced (at a cost of R 6.1m ) the Electrical Dept. will have to go back to each and every supply pole to replace the balance of meters which will, in the normal course of upgrading, have to be replaced (i.e. virtually double work).

In the meantime, from 2nd or 3rd July 2018, Utility World has not had their contract cancelled, but have been permitted to continue servicing meters that their software can “read”, and Syntell has been re-engaged, temporarily, to keep the 960 (755) meters (or those remaining which have not been replaced in the interim) supplied with vended power.

The above crisis would not have occurred had the tender award been properly checked by the Finance Dept. Manager Income and the new vendor been certified as having complied fully with the tender conditions.

On 5 July 2018 Peter Harpestad (PH), the Electrical and Mechanical Engineer, was given a letter signed by the Municipal Manager, Mr T Ndlovu, terminating his services as of 31 July 2018.

The Human Resources Department then realized that he (PH) had a valid employment contract valid until 30 September 2018, “with a further option of extension until the position of the Manager Electrical is filled” (with someone with a valid Government Ticket). When the Municipal Manager realized the “error”, the letter of 5 July 2018 was withdrawn, and a further letter was sent to PH on 9 July 2018 terminating his services as of 30 September 2018.

From the action of the Municipal Manager it can be concluded that the blame for the vending tender crisis was laid fairly and squarely on PH, whereas the Finance Dept. was solely responsible for the tender adjudication and award. It also begs the question as to why the R 6.1 mill is being spent on rectifying

Utility World’s default in their not ensuring that their system could vend to all the current meters, whereas a simple, and far less costly, solution would have been to cancel Utility World’s contract, or have Utility World pay for the cost of the crisis rectification of changing the 960 meters.

Furthermore, and most importantly, Utility World has not had their tender/contract invalidated or cancelled, but is being permitted to continue operating, presumably for them to continue with their invalid contract once the problem meters have been replaced, while Syntell keeps the power on for the 960 meters in the interim (which are being rapidly replaced now, all at a cost of R 6.1m to the Municipality and Ratepayers).

In conclusion, it would appear that there is something fraudulent transpiring due to the fact that Utility World is being retained instead of having their contract cancelled. Cancellation would be the obvious course of action by which R 6.1m would not need to be spent on the emergency, and the ordered replacement of all prepaid meters could continue as planned. Had a competent vendor been appointed as of 1 July 2018, who was fully compliant, the crisis would not have arisen, the R 6.1m of unnecessary expenditure as an emergency would not have been necessary, and the normal planned and orderly replacement of all prepaid meters could proceed.

(Although the R 6.1 mill covers the replacement of the 960 (755) meters, a substantial amount of unnecessary additional work will have to be done on the same poles as the 960 (755) meters to upgrade the balance of the other prepaid meters, adding substantially to the R 13 million originally estimated for the orderly replacement of the prepaid meters).

Paragraph wording mentioned on page 1 of this Report: –

Pag 6. “Valid tenders will be declared non-responsive and eliminated…….if:-

Tenders will be declared non-responsive if the tenderer fails to adhere to a written request to:-