Skip to content
You are here:Home-Featured, News, PBRPA news and reviews-Why is Utility World still being employed as a non-compliant tenderer?

Why is Utility World still being employed as a non-compliant tenderer?

‘Once again, the Plett Ratepayers are not afraid to act as the tip of the spear in a battle for our civic rights’ 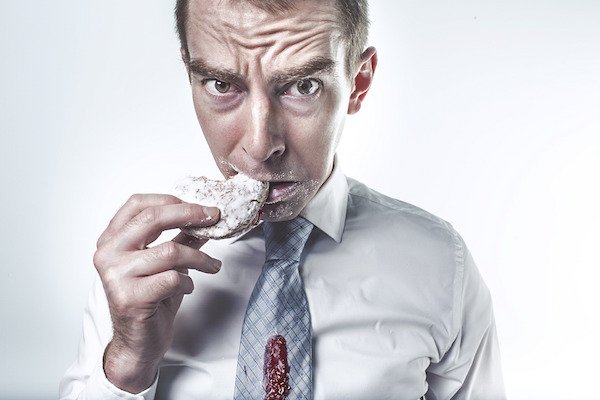 The Bitou Municipality acknowledges that we operate in on environment where corruption and maladministration is rife. The Municipality also welcomes individuals and organizations like the Plett Ratepayers Association who are willing to come forward and report cases of suspected corrupt activities. Hence, the municipally ls proud of its slogan thot says, ‘To be the best together’

The Bitou Municipality prides itself in following the correct Supply Chain Procedures and abide by the pieces of legislation thot governs the  procurement of services, in particular the Preferential  Procurement Policy Framework Act, 2000 (Act No, 5 of 2000), The Municipal Finance Management Act, No. 56 of 2003 and the Municipal Supply Chain Management Regulations that requires the municipally to ensure that the necessary checks and balances ore in place to ensure clean and transparent governance of all financial matters including procurement and awarding of Tenders. The municipality will want to state it very clear that we have not identified any elements of fraud or corruption relating to the awarding of this tender. We will appreciate if the Rate Payers Association con report any evidence they hove of fraud of corruption to relevant authorities. The tender was awarded based on the submission mode by the bidders and the successful bidders met all the standard requirement as stipulated in the bid. During the implementation it was s discovered that the Electrical Department did not replace all the old meters as planned and as a result some of the meters will not be able to vend, the Municipal Manager engaged the services provider in this regard and they mode sure that all the consumers are able to vend without any additional charges from the municipally.

The process for the changing of meters is extremely critical once the municipality have been engaged in this process since 2014. The expectation was the Electrical Team will have completed the replacement of this meters by June 2017. The municipality will continue with the replacement as planned and we hope with the new team in the Engineering section this will improve our operations in this regard.

In closing, the Municipality want to give assurance that the tender was issued and awarded through the correct procedures and there were no traces of corruption within the entire process, this conclusion was reached after consulting the relevant ‘internal role players’ and also having studied the relevant lender documents and bids submitted. All this information is available, and can be obtained through following the correct channels as provided by the Promotion of Access to information Act 2 of 2000(PAIA)

With reference to Bitou Municipality Media Release of 16 August 2018, we, as Ratepayers Association, would point out the following: –

The above-mentioned Media Release is either a cover-up or a very poor effort at damage control.The 2nd paragraph of the Media Release states that “… the correct supply chain procedures….” were followed by the Municipality. This is NOT the case. A further statement from the Communication section was issued stating that the above conclusion was reached by their consulting their relevant internal role players, and that no elements of fraud or corruption were found relating to the award of the Prepaid Vending System Tender.

In view of the above statements we would point out that the very comprehensive tender specification and requirements were drawn up to ensure that only tenderers that were compliant would tender. Tender specifications and requirements were not complied with by the tender submitted by Utility World, and, therefore, in terms of the paragraph “Non-Responsive Tenders” of the Prepaid Meter Vending System tender, the current Utility World tender, being non-compliant, should not have been awarded. Alternatively, as per another section of the tender specification, Utility World could have purchased vending software from Syntel, the previous vendor, to service all the various pre-paid meters.

In the Tender adjudication process the above conditions were not verified, and it was crucial to disregard the non-compliant tender and appoint a vendor that complied with all the tender specifications. The Electrical Department has no control over the use of the pre-paid meter vending system and had no input into the abovementioned tender. This tender was completely under the control of the Finance Department, as was the adjudication thereof.

Clearly then, the Media Release claim that all procedures etc. were followed in terms of the various legislation they quote in the Release, is not correct. The Media release quote that “… no elements of fraud or corruption were identified” begs the question “Why was a non-compliant tender awarded, and why is the non-compliant tenderer still being engaged by the Municipality”?

Further, the Release statement that “… the successful bidders met all the standard requirements as stipulated in the bid” is not true. The following statement that “.. . the Electrical department did not replace all the old (presumably non-compliant) meters as planned” is clearly an attempt to shift the blame for the vending debacle of 1st and 2nd July 2018 from the Finance Dept. to the Electrical Dept.

Of the 8000 plus pre-paid meters, approximately 2000 have to date been replaced since 2015 and this process is planned to continue for the next number of years in an orderly manner as and when budget finance becomes available. The 755 plus meters not able to be serviced by Utility World were NOT planned (as claimed above) to be replaced separately, as it was not known before 1st July 2018 that Utility World would not be able to service these meters!

As a result of the vending debacle of 1st July 2018, a second vendor, in this case Syntel (whose system has been used successfully for a number of years and whose contract was terminated on 30th June 2018) was re-appointed on a temporary basis to be able to service the 755 plus old meters while these are being changed on an ad hoc basis now, while disrupting the orderly planned replacement of all pre-paid meters.

The Electrical Dept. has been instructed to use the R 3.1m budgeted for the current financial year for the orderly replacement of pre-paid meters, together with another R 3m from the Finance Department for the random/ad hoc replacement of the 755 plus meters (at a rate of about 270 per month).

The Media Release statement that “… the expectation was that the Electricity team will have completed the replacement of the meters by June 2017” is complete nonsense.  As stated above, only 2000 of the 8000 prepaid meters have been replaced since 2015, and the process is to continue well into the future. The 755 plus meters are not all in one place but are located all over the extensive area of Bitou Municipality.

The Media Release statement that “…. The Municipality wants to give the assurance that the tender was assessed and awarded through correct procedure…” is highly suspect.

Again, we repeat our questions: –