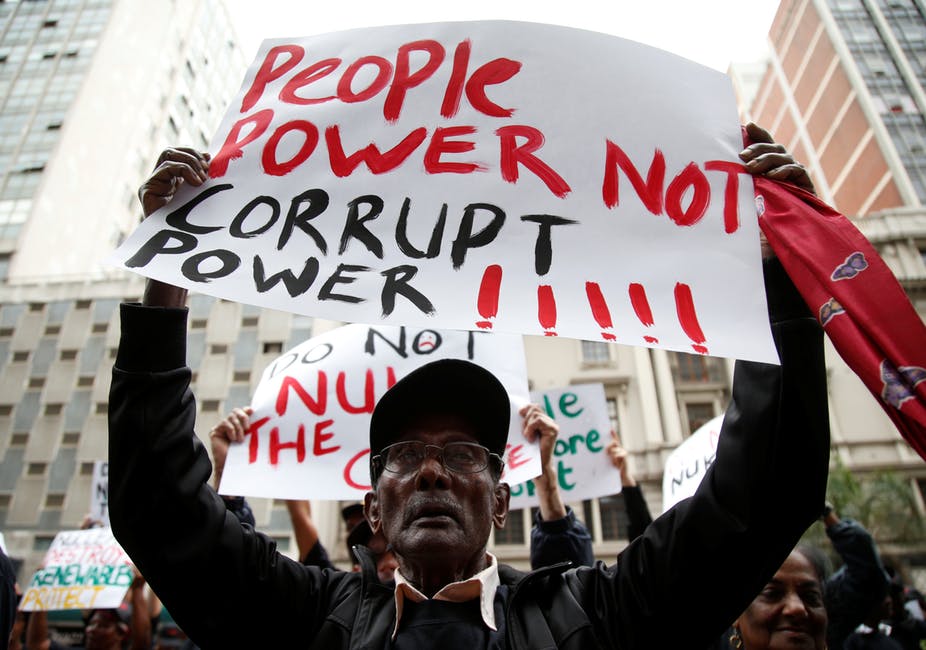 In Business Day of 22 October 2018, it was reported that the Auditor General’s staff have been terrorised by several municipal officials and have even been shot at.

Auditor General, Kim Makweta, has raised this serious situation in a letter of 15 October 2018 to Parliament’s Standing Committee on the Auditor General.

There can only be one reason for this intimidation, and that is that the Municipal officials involved are intent on hiding fraud and corruption.

This cancer now seems to have spread to Bitou Municipality:-

At a special Council meeting on 31 August 2018 the Mayor stated that the Provincial MEC, Anton Bredell, has instigated an investigation into Bitou Municipality because he believes that maladministration, fraud and corruption, and serious malpractice has occurred or is occurring (this under Section 106(1)(b) of the Municipal Systems Act 32 of 2000, and the Western Cape Monitoring and Support of Municipalities Act 4 of 2014).

At this meeting, the Mayor went on to advise Council that:-

“Disciplined for working with the investigator” – note the wording “with” – not “co-operating with a legally constituted investigation”.

At the Special Council Meeting on the 28th September 2018 the DA Opposition tabled a Motion titled  “Bitou Municipality appointment of Siyathemba Sokutu Attorneys to stop investigation initiated by the office of the MEC in terms of Section 106(1) of the Local Government : Municipal Systems Act 32 0f 2000”, i.e. questioning this appointment, amongst other matters relating to this.

On the Agenda of the Mayoral Committee meeting of 24th October 2018 under the heading of the above mentioned Motion, the following Report was recorded:-

The Opposition Councillors, in their Motion of 28 September 2018, tabled the question “If the Minister’s allegations are unfounded, why go to the cost of this exercise instead of allowing the investigators to conclude their work?” They also questioned why this matter was not presented to Council for approval of the expenditure, and whether the Mayor and in turn the Municipal Manager had the authority to institute a High Court action without Council’s approval.

Furthermore, the Opposition Councillors have indemnified themselves against any cost for the Mayor’s lawsuit as they were not party to any of the above decisions.

At the Council Meeting of 2 November 2018, it was recommended by the Mayor that the above mentioned Report of the Mayco Meeting of 24th October 2018, be acknowledged.

We leave it to everyone’s imagination as to why the Mayor does not want the investigation to proceed.

The Plett RatePayers doesn’t stop fighting these ongoing battles and we are volunteering who love and remain committed to this community…. we need your help?