Skip to content
You are here:Home-Uncategorised-STATE CAPTURE HITS BITOU MUNICIPALITY 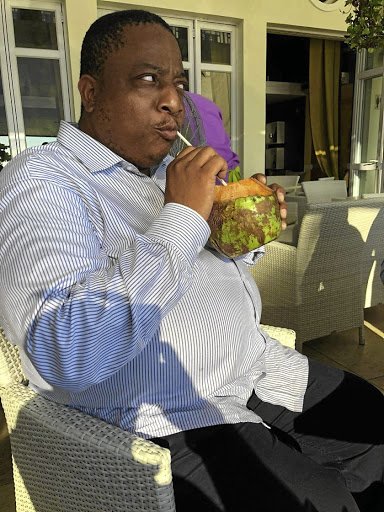 Plettenberg Bay Ratepayers Association is shocked to discover that a contract to supply fuel to the municipality at the airport is being negotiated with the company EML Energy which was recently fingered in the Zondo Commission hearings into State Capture.

In late June SAA head of fuel management, Mark Vaughan testified that EML Energy owned by Pretoria music promoter Eldridge Motlhake was granted a contract to supply 2 million litres of Jet-A1 to SAA over a period.

He testified that SAA was willing, despite being in dire financial straits, to incur the costs of buying more expensive fuel from a small black-owned entity that would add a premium to the fuel it procured from the same refineries SAA had already contracted.

EML Energy had been ranked 4th in the tender process but was nonetheless awarded the contract. It entered into a supply relationship, first with Total and then Shell and then again with Total but after just a few months stopped supplying, leaving SAA in the lurch. (Apparently due to insufficient operating capital.)

In May 2018 already, the Sunday Times published the following regarding Motlhake and suspect fuel deals:

“A little-known music promoter was awarded a R2.4-billion, three-year deal to supply SA Express with fuel – at a cool R67-million a month – despite the troubled airline already having a contract to receive jet fuel from SAA. The Sunday Times can today reveal that two SA Express executives, Sam Vilakazi and Merriam Mochoele, allegedly engineered the deal with EML Energy, owned by Pretoria music promoter Eldridge Motlhake, without any tender process or the knowledge of the airline’s board and management. SA Express did not receive one drop of fuel for the R2.4-billion deal. “I can’t comment due to contractual obligations,” Motlhake said last night. Neither Vilakazi nor Mochoele could be reached for comment. The Sunday Times has seen the contract, which is now the subject of an investigation. Little is known about Motlhake, who has a habit of posting pictures of himself with South Africa’s rich and powerful.”

At the time this caused quite a sensation and was broadly reported in the media.

Despite all of this, and Motlhake and EML Energy’s obvious unsuitability as a supplier and suspect business ethics, Bitou Municipality is busy negotiating a fuel supply agreement with them.

It is clear from correspondence we have seen that EML has not secured the use of the bulk fuel equipment installed at our airport from the owners of the equipment, Air BP, who are the previous suppliers and that EML does not own any equipment it could install.

It is obvious that the Bitou Municipality has done no due diligence on this tenderer who is known to be unreliable and shady.

Years ago the municipality allowed fuel supply at the airport to be hi-jacked by a third party which led to substantial financial loss.

Let’s hope it can be stopped this time around.

Please join the Plett Ratepayers Association and help fight the ongoing mis management and corruption within our Municipality.