Letter To The Mayor

To Govern Or Not To Govern …. Is There An Option?

Letter To The Mayor

In your meeting with our Executive Committee of 28 July, you gave us some understanding of the DA’s stance on recent developments in the Bitou Council.  As we explained to you, we have been hoping to have an equivalent meeting with your ANC counterparts but they have, we regret to say, yet to respond to our invitation to this effect.

In the papers in the WC High Court litigation between the warring councillors (Case 8601/21), both sides confirm that, in mid-April, they struck an agreement to cooperate on governance in the Municipality.  In a contemporaneous press release, in which you described the development as terminating ‘a chaotic and irresponsible dictatorship’ in Bitou, you gave details of the terms of the agreement.  Included among them were two matters over which we have litigated and so have an immediate interest: first, the tenure of office of the Municipal Manager, Mr Ngoqo; and secondly, the use of pre-paid electricity receipts to defray the purchaser’s basic service debt.

Now that the DA, together with the AUF, are in power in Bitou, we can see no reason why this agreement should not be implemented forthwith. The court order made in the litigation confirms the legitimacy of your position, so nothing more is required than the adoption of the appropriate Council resolutions. You have an elected Mayor and Deputy through whom the motions can be moved, and, in the absence of an elected Speaker, the Council must nominate a chairman at each meeting to preside over the meeting.

By taking this step, Bitou will rid itself of a Municipal Manager whose appointment has twice been declared illegal by court order and who currently finds himself with serious allegations of criminal activity within the municipality, and our indigent community will no longer suffer the burden of unfair deductions on their electricity payments.  The way will, in addition, be cleared for the settlement of the litigation that should never have become necessary and is proving burdensome all round.  Equally feasible will be a settlement of the remaining two pieces of litigation – one in which the overpayment of officials is attacked, the second in which the acquisition of mayoral cars is being interdicted. The goodwill created by settling these matters will, we imagine, also foster a level of transparency that makes redundant our PAIA applications for disclosure of information on corruption within the municipality.

We understand the problems you face in dealing with dissident officials and sympathise with your predicament. No doubt they can be resolved by prudent and expeditious management, but one thing is clear: they cannot be permitted to frustrate the proper governance of Bitou and, in the instances we have referred to above, there is no reason why they should have this result. The majority has the power to act and needs only the will and acumen to do so. 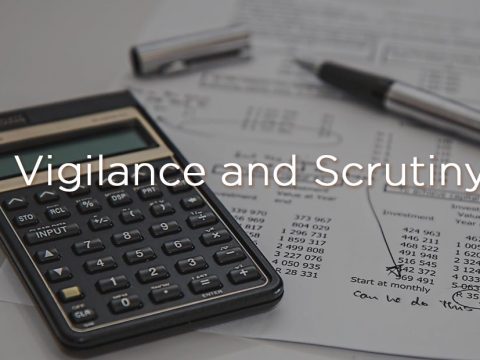