Skip to content
You are here:Home-Uncategorised-Where Have All The Good People Gone?

Where Have All The Good People Gone?

A  “Risk Management Committee Mid-Year Report for the Six Months ending 31 Dec. 18” was tabled in council which said:

Mitigation:  3 new SUVs have been purchased.

How does purchasing three brand new SUVs help Bitou’s response time?  The municipality owns lots of Land Cruiser bakkies so off-road access was not the problem.  For the rare storm, did the vehicles have to be NEW?  Who is driving them now I wonder. 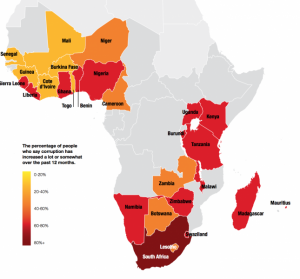 Who is currently using the municipal housing on and around Seawitch (mayoral and other municipal owned houses) and are we getting adequate rent?

Municipal legislation says we must get market-related rental.

Bitou is hiring office space at huge costs.  Could we not put employees in those houses and convert them to office space?  The same questions apply to the municipal-owned flats above Checkers as well.

Although there has not been a report to Council yet, allegedly the mayor’s brother in-law, is occupying this property without paying any rental. We are also aware that the former MM occupied the Checkers property without paying any rental. In the MM’s instance as well as the instances of the suspended HOD Corporate Services and CFO, free lodging in municipal properties was supposedly incorporated in their employment contracts.  The 2017/18 Annual Report (page 245) says Housing Allowances cost the ratepayers R1,045,018.

Since it is a taxable benefit we wonder what SARS will say about it.

Purchases where councillors or staff have an interest:

The 2017/18 Draft Annual Report lists financial disclosures where municipal staff are in violation of the law prohibiting them from benefiting personally from municipal tenders and the amounts.  Without naming names:

At the Special Council Meeting on 31 August 2018, a “Report on Irregular Expenditure 2015/16 and 2016/17” was tabled, in which a motion was passed to write-off  36 items of irregular expenditure, totaling R16,996,377.  In all 36 instances, council passed a motion to discipline and/or investigate all of these items.  MPAC’s recommendation was “That the Municipal Manager take disciplinary action against the employee responsible for not following SCM legislation.”

We have asked Councillor Kamkam, Chairman of MPAC, how far the Municipal Manager has progressed with this?  How many disciplinary actions have been taken?  The reply was not adequate.

There were also two items in which MPAC’s recommendation was “The Municipal Manager should investigate if the municipality received any value for money.”  These items were:

“MPAC Report on Fruitless and Wasteful Expenditure” reported R237,673 was written off with the recommendation that “disciplinary action against employees responsible” be taken.   R164,363 of it was “lost due to fraudulent activities.”

The Ratepayers Association’s aim is accountability, responsiveness and openness.

If you have information that would help us convict people who are contributing to our community being mismanaged and looted, please email us privately on [email protected]

The provinces and municipalities in South Africa where corruption is most reported: study