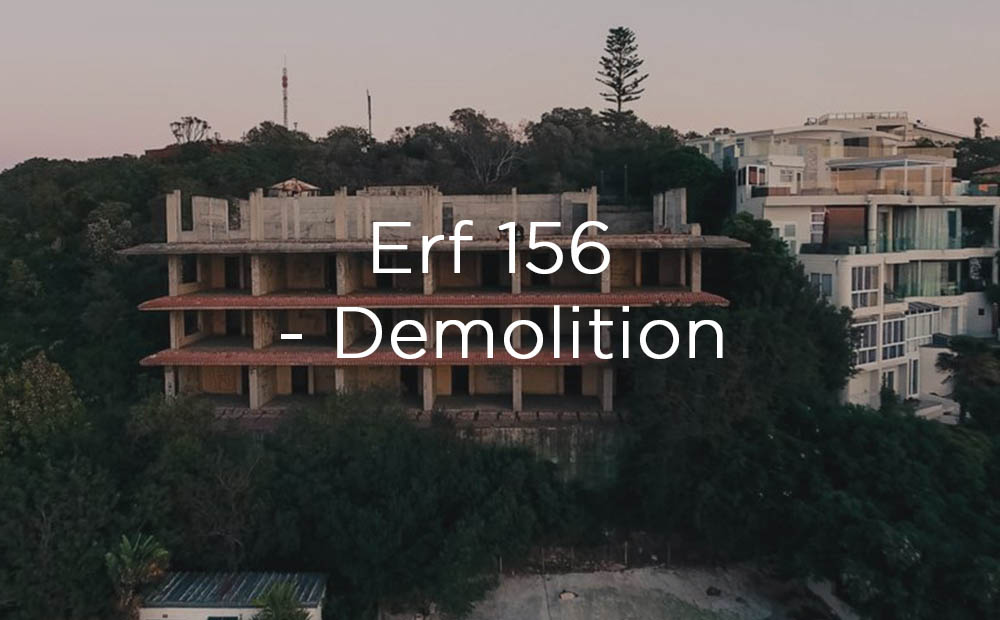 Further to our letter of 22nd November 2020 in which we expressed great concern about the fact that the application for the Boutique Hotel on the abovementioned erf on Signal Hill, had not yet been resolved or rejected, and that nothing further had been done with regard to the demolition of the illegal structure on this erf, we now understand that this matter (of the Boutique Hotel) has been on your desk since early February 2021 for consideration and approval. We were advised on 15 February 2021 that the Planning Tribunal had passed the application and sent it to yourself for final approval. At this Tribunal meeting, Mr Ludolph Gericke (as Chairman), Mr Rudi Martin (Environmental Forum), and Mr Perino Pama (Legal) all recused themselves due to conflict of interest. How, therefore, with three of the most senior and experienced members of the Tribunal absent, could the remainder of the Tribunal in attendance, have given the right advice?

However, before we give our final comment on this subject, we would draw your attention to the following – The application is:-

1.       To build a Boutique Hotel on a single residential stand.

2.       To change the zoning from single residential to general residential.

5.       To add 2 floors on top of the illegal structure for parking (thereby blocking a good portion of the view from the public view site), or alternatively to request 20 parking bays on Signal Hill (which is in conflict with the Signal Hill Title Deed, attached for your information). Should the Municipality attempt to develop anything on Signal Hill the area would automatically revert back to the State at the Municipality’s cost, in accordance with paragraph B of the Title Deed. Town Planning has indicated that parking would be on the access roads in the vicinity of the site, but Public Works have indicated that the roads are far too narrow for 2 lanes of traffic, parking, and a pedestrian walkway.

1.       The existing structure on/in which the hotel is planned is illegal. No plans have ever been passed for the structure.

2.       The proposed structure is in conflict with the Plettenberg Bay Town Planning Scheme.

3.       The proposed structure and the existing structure go over all the building lines as well as the height restriction regulations.

4.       Signal Hill is part of the historic sites in the Urban Renewal Strategy and is supported by Heritage Western Cape.

5.       The existing structure is suspect from a structural point of view. The steel reinforcing has been exposed to salt corrosion for the past 4 decades or more and evidence exists of its corrosion in the spalled concrete in places.

6.       A Court Order exists for the demolition of the existing structure and the present intention of the Building Control section of the municipality to carry out this Court Order must be adhered to. (See attached Court Order).

7.       Cognizance needs to be taken of the numerous objections to the original application.

Finally, we again wish to draw to your attention the Court case reported on 23 October 2020 where a Municipal official was ordered to pay compensation of approximately R 500 000 for approving a structure and zoning similar to that applied for here on Erf 156, where he had no right to do so (Report enclosed). The case went from High Court to Appeal Court and finally to the Constitutional Court, all 3 courts having rejected the official’s pleadings. As you have now given the matter to Council to consider for approval, should it be approved, the distinct possibility exists of legal action being taken, and legal precedent has been set. Each Councillor voting for its approval could, therefore, be held liable.

The current situation is untenable for the adjacent property owners as security has now become a major issue with the vagrants occupying the structure. Their vehicles have been damaged and broken into and their safety has been threatened.

We would, therefore, ask you to decisively reject this application and order the implementation of the Court Order.