Way back on 13 August, we wrote to Mayor Lobese requesting a meeting to discuss and obtain clarity on a few issues of concern to us. True to form, he has ignored us.

We list a few of the issues that we feel may be of interest below:

On 14 July 2020, we sent a list of questions to the Municipal Manager and CFO, amongst others, requesting an explanation as to why the municipality was obtaining legal services from firms in the Eastern Cape. We followed up with both of them on 23 July; still no response was received so we asked our ward councillor to table the questions in council, and to report what we perceived as irregularities to MPAC, the Municipal Public Accounts Committee which is chaired by DA Cllr Kamkam. We have waited patiently for 44 days and we have heard nothing further.

It is common knowledge that Bitou Municipality has roughly 700 employees. We were surprised therefore that four “trading companies” were awarded tenders in the amount of R12,000 each to cater for a year-end staff party of 900, a total of R48,000 or R53 per head. Even more shocking was when we discovered that each of these companies was paid an additional R22,000 or a total of R88,000, roughly R98 per head, bringing the total to R136,000 or R151 per head. That, by itself, was already enough to set red lights flashing and sirens blaring, but add to this fact that Lobese’s office manager, Mavis Busakwe, awarded the contracts and approved the payments. She is identified in the August 2019 forensic report as being involved in irregular expenditure almost identical to that described above, and it would not be unreasonable under the circumstances to expect that Mrs Busakwe would have been held to account for her previous transgressions of municipal supply chain policy and the MFMA, but she has obviously not and continues to waste public money with impunity.

At first glance, R28,000 per month for vehicle tracking seems to be excessive, especially when one considers that most of the vehicles involved are leased and insured, and as such, would already have trackers installed. For the municipality to spend R28,000 per month to curb vehicle abuse and petrol card fraud, the problem must be massive. Of course, in the light of the municipality’s failure to hold anybody to account, one wonders what the point is. Even our municipal risk manager has said the municipality is deficient at consequence management…in other words, poorly managed and undisciplined.

It has come to our notice that Bitou Municipality is paying roughly R77,000 pm, and has been since March 2020, to store 3,000 solar water heaters belonging to the Department of Minerals, Resources and Energy (DMRE). We have managed to find out that they are being stored in a warehouse in the industrial area and on a property on Piesang Valley Road by a company called Bitou Tool Hire at an amount of R77,000 per month.

From what we have seen, we guess they would fit into a space of 200 sq metres or R385 per sqm per month of warehouse space. Food for thought is that a 200 sqm steel structure, including erections, would cost no more than R1000 per sqm once off. From what we are able to gather, it appears Bitou Municipality is required to arrange and pay for the installation of the heaters, but have been unable to solicit anybody willing to install them. This may be because of the widely varying quality of construction of the houses they are destined to be installed on. There are a myriad questions that arise from this obviously ill-considered and unplanned project. It has been so badly planned and managed that the beneficiaries have not even been told of the project. It is unlikely that the project will even commence by second quarter of next year, by which point R864,000 will have been spent for storage of DRME’s water heaters. No one knows what it will cost to install these things, nor what additional costs will be involved in strengthening the RDP houses to be able to carry the load of a solar heater on their roofs, which are not designed for that. This “project” is already a disaster before it has begun, and is likely to cost many millions if somebody capable is not appointed to sort the mess out post-haste. 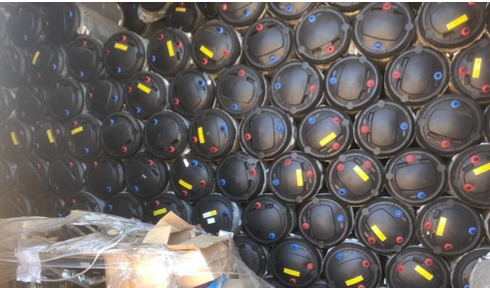 A tender for R177,000 for toilet paper was awarded to Dynamic R Consultants, owned by a 29-year-old woman from a township in rural Limpopo. Quite how the logistics of this would work, and why a company located nearby and who tendered a better price was not awarded the tender is a mystery we would like to clear up.

We noticed a tender was awarded for over R1 million to cut the grass in Ward 2 and clean up the illegal dumping. We did not realize the illegal dumping in Ward 2 was so bad and we wonder what is to happen to our always-cheerful man from the municipality who is always busy cutting grass somewhere in the ward with his shiny new tractor. What is to happen to him? What is of equal concern is that this tender was awarded to someone who does not qualify and Supply Chain is very much aware of that fact. This is something that needs to be explained and the necessary corrective measures need to be taken and very urgently.

This is but a small sample of what arises out of the secrecy and unresponsiveness which characterizes our council and municipality and allows wasteful spending to flourish at the cost of accountability.