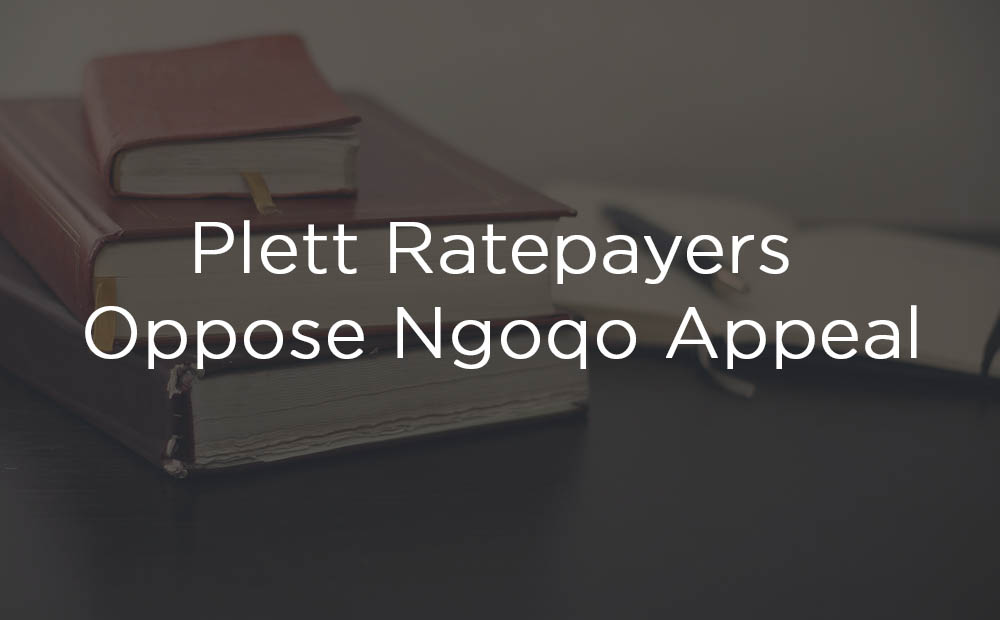 The Plettenberg Bay Ratepayers’ Association filed papers on 19 March to oppose Bitou Municipality in the Constitutional Court. The Association seeks to uphold the order setting aside the illegal re-appointment of its Municipal Manager, Lonwabo Ngoqo.     A panel of ConCourt judges will now consider whether the application deserves a hearing.  If it decides it does, the application for leave will be argued at the same time as the actual merits of the appeal. If the judges decide otherwise, they will dismiss the appeal out of hand.

The decision by the Municipality to pursue this matter is shocking in principle and a terrible waste of ratepayers’ money. Ngoqo was found guilty of financial misconduct in a disciplinary hearing conducted by a retired Appeal Court Judge. This triggered a prohibition on his re-employment that the Municipality opportunistically sought to skirt by ‘waiving’ the dismissal. The Labour Court and the Labour Appeal Court have both declared the scheme unlawful but the Municipality stubbornly ploughs on. All the while money, which could better be spent on service delivery and social upliftment, is being wasted on an exercise that will ultimately prove fruitless.

Ngoqo has emerged from the shadows to take an active part in the proceedings. His presence in the proceedings is welcomed, since he is now personally vulnerable for costs. Councillors who voted in favour of appealing will be equally liable if their decision should ultimately be condemned as reckless. The Association has told them as much.

We take no pride in being the first ratepayers’ association to fight its municipality to the Constitutional Court.  The money and time wasted in the process could be much better spent, but we have no realistic alternative. Only by being proactive can we stop the wasteful spending, mismanagement, corruption, and lack of oversight and accountability that has been allowed to become the norm in Bitou Municipality.