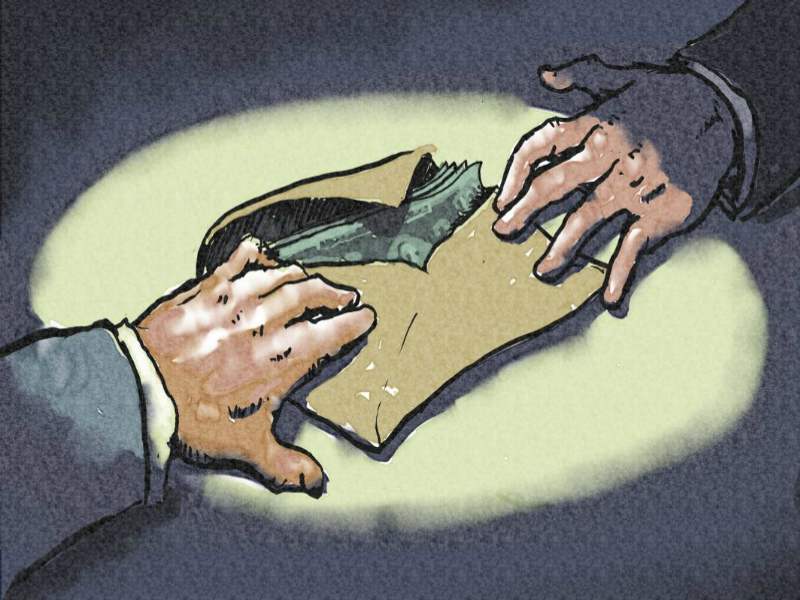 Who does Mayor Lobese work for? Well, we know he works for Bitou, but does he – or did he – work for someone else at the same time?

In 2015 a whistle-blower reported on the Presidential Hotline that he was two-timing at an undisclosed municipality in the Eastern Cape. Tasked to uncover the truth, the forensic investigator phoned round and was eventually told by a member of the HR Department of Makana Municipality that he was indeed on their payroll.  Written confirmation was sought from the informant but the report was blocked by his manager.  Eventually a letter was obtained from the manager’s successor confirming that Lobese was indeed employed by the Municipality at the time of writing. At that point Lobese was firmly ensconced in the Bitou mayoral chair and, bedecked by his mayoral chain, doing his duty and drawing his not inconsiderable salary plus not inconsiderable perks.

Split personalities we know about, but how can someone be in two places at the same time. Darkly, the forensic report records, while an official in the municipality, Lobese ‘took a substantial amount of leave (paid leave, responsibility leave, sick leave), more so than anyone in his reporting line.’  Whether he used the leave to put in an appearance at Makana Municipality is unclear, but this is unimportant. You can do no work and still draw a salary.

Lobese denies the charge and, in fairness, gets powerful support, in writing, from senior people in the Makana Municipality. So who is telling the truth?  The answer to the puzzle – for puzzle it is – can readily be obtained from an independent inspection of the computer files of Makana. If the MEC appoints a new investigator, as our Association hopes it will, this inspection will be one of the first jobs he can be expected to undertake.

Lobese will welcome the initiative, we are sure:  no one wants such a cloud of suspicion hanging over their head.

You can read about it on page 273 of the Corruption Report on www.plettratepayers.co.za.